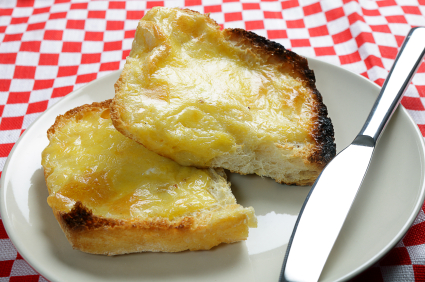 In recent years, there seems to be more of a demand in many regions across the world for local foods and specialty products. While people will always appreciate international delicacies, the appeal of fresh, local food has become more and more popular, with the result that national favourite recipes and foods are being consumed more than ever. This is why, even at stores like Marks and Spencer, you may find an emphasis on local ingredients and dishes. For example, consider some of the following dishes, which can provide you with something of an introduction on traditional Welsh foods and meals.

Laverbread
Made from laver, which is a sort of seaweed, laverbread is a popular choice for Welsh breakfast food. The seaweed is usually not eaten raw, but instead combined with flour and worked into a sort of cake which can be baked or fried. At that point, laverbread essentially becomes a hearty breakfast bread.

Welsh Cakes
Welsh cakes are fairly simple pastries made from flour, often including ingredients such as raisins and currants, and spices such as nutmeg. They are also commonly accompanied by sugar or jam, and are served most frequently as solitary snacks. They are somewhat similar to scones or sweet biscuits.

Cawl
Despite the fact that it is recognized as the Welsh national dish, cawl tends to vary in terms of recipe and preparation. In fact, the most correct way to define cawl is to simply say that it is stew with Welsh ingredients. Traditionally, these ingredients include bacon, lamb, and a few vegetables such as leeks or cabbage. Occasionally, beef and other vegetables are used too in this hearty Welsh dish.

Ultimately, the best way to grow to understand a nation’s special foods, dishes and ingredients is to simply go there and try it for yourself. However, a quick look at the traditional dishes listed above can give you a very good feeling for what some popular Welsh dishes consist of. Generally, these dishes take advantage of local ingredients – for example, laver, cabbage, and Welsh lamb – in order to keep them fresh and appealing to the Welsh people. These are exactly the sorts of dishes that seem to be becoming more and more popular in local environments.

Welsh Food have introduced a new service for food and drink businesses in Wales – our professional, low cost website package solution. Our prices start at just £295, include hosting, and all our customers get a FREE listing on our Welsh Food Business Directory!

Welsh Food have introduced a new service for food and drink businesses in Wales – our professional, low cost website package solution. Our prices start at just £295, include hosting, and all our customers get a FREE listing on our Welsh Food Business Directory!